Exploring the different power options reveals the classics such as big reactors and extra utilities.

Mekanism had a generator that looked promising, the gas-burning generator. 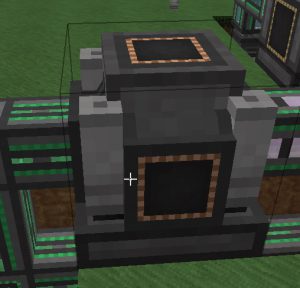 With this, you can burn hydrogen or ethylene. Hydrogen is not really worth it as it takes more power to create than it does when burned.

Ethylene is a bit more complicated to make however it generates a lot more power.

The process starts with biomass such as potatoes or saplings. You send them through a crusher to get biofuel. After that, the biofuel goes into a pressurized reaction chamber with water and hydrogen. The result is 100 mb of ethylene and 2 plastic bits.

When the ethylene is burned in the gas-burning generator the entire process is easily able to power itself and have plenty of power left over.

Where it really shines is in combination with Minechem.

Remember how a treefarm would give you saplings and logs? Most will just convert the logs into charcoal and burn that.

With Minechem you can use the chemical decomposer to get cellulose from logs. You can expect half of the logs to give you 8 cellulose.

If you are using jungle trees, the vines will also give you some cellulose. 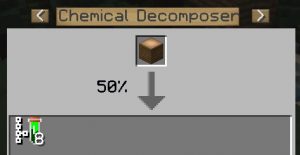 This can be converted into saplings in the synthesizer at a rate of 1 cellulose to 1 sapling. 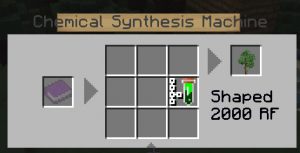 The saplings are sent into the crusher to get 2 bio-fuel per sapling. 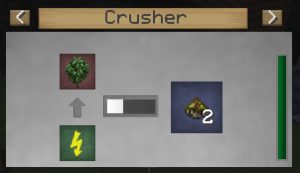 The bio-fuel goes into a pressurized reaction chamber with water and hydrogen. 2 bio-fuel returns 100 mb of ethylene and 1 substrate. For now, I have no use for the substrate so it is being dumped into a cache for later use.

The ethylene is pumped straight into the gas-burning generator for lots of power.

The end result is that the logs you get can be sent through the process and give you 400 mb of ethylene per log.

While I have not maxed out the gas-burning generator, it has easily delivered 12.000 RF/tick with a very little fuel consumption.

While most information you see on the gas-burning generator says it can only deliver a few hundred RF/tick, that is for an earlier version of Mekanism. In Mekanism V9, this limit has been removed allowing it to produce much more power.